Marking its 70th anniversary this year, the Class of OAC ’51 raised $51,000 for U of G student awards for 2021 intended to foster leadership.

“We set up the special 70th-anniversary awards because my classmates and I believe in the old adage of giving something back, and we wanted to recognize and encourage student leaders and potential leaders,” says Clayton Switzer, former OAC dean and an Order of OAC inductee.

“We also hope that we might be seen as an example for other OAC graduates to emulate.” 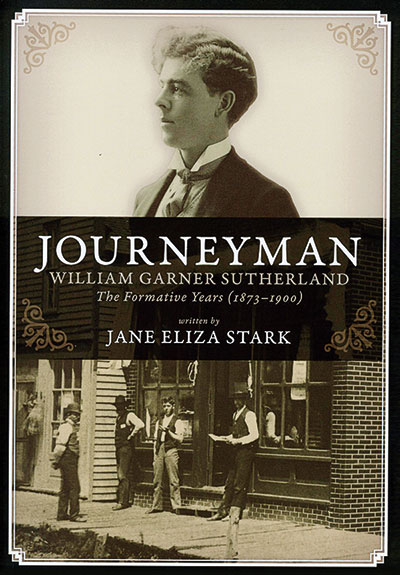 Jane Eliza Stark, B.Sc. ’80, has written Journeyman: William Garner Sutherland, , The Formative Years (1873-1900). It follows the early life of an osteopathic doctor who developed the osteopathic cranial concept and is published by Roe House Press.

Yvonne Tremblay, B.A.Sc. ’80, has published Culinary Herbs: Grow, Preserve, Cook!, the sixth cookbook she has written or co-authored since 2001. She runs Quisine as a food, marketing and nutrition consultant, serves as a recipe developer and TV spokesperson for Foodland Ontario, and teaches in Georgian College’s food and nutrition management program.

In early 2021, Aida Habtezion, M.Sc. ’93, took a leave of absence from her faculty position at Stanford University’s School of Medicine to become the chief medical officer at Pfizer. She leads the company’s Worldwide Medical and Safety organization, whose 2,400 employees provide information on medication use to patients, physicians and regulatory agencies.

André-Denis Wright, M.Sc. ’93, PhD ’98, has been appointed senior vice-president and provost of the Norman campus of Oklahoma University.

Martin Haulena, DVM ’93, M.Sc. ’99, was featured in a docuseries aired this spring about the Marine Mammal Rescue Centre run from the Vancouver Aquarium. The centre runs the largest program of its kind in Canada. Produced by White Pine Pictures in Toronto, Wild Pacific Rescue aired in three one-hour episodes through late April on Cottage Life TV. Filming took place over 2019 and 2020. The series, Wild Pacific Rescue, follows “Dr. Marty” and a team from the aquarium as they track down and rescue wildlife reported to be in distress. In each episode, they work with four or five creatures, ranging from rescuing harbour seal pups separated from their mothers to disentangling fishing line from sea lions.

Matt Dixon, B.Comm. ’01, has been named chair of the Ontario Craft Cider Association. Dixon worked for a collection of wineries, craft breweries and cideries before fulfilling his dream of opening his own cidery, the Niagara Cider Company. He has served on the boards of Wine Growers Ontario, Ontario Grape and Wine Research Inc., and the Cool Climate and Viticulture Institute. He lives with his wife, two children and dog in Fonthill, Ont.

Amira Mikhail, DVM ’06, lives in Christchurch, New Zealand, where she works for the federal government as the technical manager for operations for animal disease outbreak responses. In 2017, she published a book, Mission to Motherhood: A Powerful Story of Infertility, Surrogacy and the Journey to Becoming a Parent, with Calico Publishing. She writes: “I was reading Portico magazine this morning and thought: ‘I know there will be lots of Portico readers that will be enduring their own fertility struggles and perhaps my book could help them.’ Quite separate from my vet career, but obviously happening in parallel, I had two children via surrogates, sending my embryos from New Zealand to Canada where two Canadian surrogates carried and delivered my two boys, now 3 and 6. I wrote about and published my journey in my book in hopes that it would help others navigate the relatively mysterious world of surrogacy and to give those battling infertility some hope.”

John Domm, BAA ’07, has been named as band administrator for the Saugeen First Nation. Formerly he was chief of police at Rama First Nation.

Charles-Étienne Ferland, M.Sc. ’20, and David Cheung, B.Sc. ’07, M.Sc. ’11, work with Bugdex, a non-profit project led by the Natural History Museum of Denmark that provides a free, interactive guide to insect diversity and identification for mobile devices (dkbdigitaldesigns.com/bugdex/). Ferland is social media manager for the project, and Cheung is lead designer.

After completing justice studies at the University of Guelph-Humber in 2011, Jeff Martin joined York Regional Police. Also a graduate of U of G’s certificate in leadership program, he has been a police officer since 2005, a personal coach and a motivational speaker. He is the author of the children’s book Brothers from the 6/Sister from the 6: Role Models in My Community. Martin grew up in a tough Etobicoke, Ont., neighbourhood and is a founding member of the not-for-profit organization Brothas from the 6, a group of men raised in underprivileged neighbourhoods and challenging conditions around the Greater Toronto Area.

Allan Mai and Cole Pearsall met at U of G as food science students. After graduating in 2018, they launched Acid League, a 30-employee company that makes wine proxies and other acid-based ingredients for foods and non-alcoholic beverages. Besides experimenting with vinegar at home, the duo worked on their project in the Guelph Food Innovation Centre on campus and took part in the business incubator program run by the John F. Wood Centre for Business and Student Enterprise in U of G’s Gordon S. Lang School of Business and Economics.

Ann-Carolyn (AC) Lang, B.A.Sc. ’19, has been appointed as a player/coach with Guelph Union of League1 Ontario women’s soccer. She led an advisory group looking to recruit more women coaches into the league. She played with the U of G Gryphons for four seasons and in the Ontario Women’s Soccer League with Guelph Soccer’s Gryphons.

Eilish Neilly, BBRM ’19, is heading a cigarette butt cleanup called Butt Blitz in Uxbridge, Ont., as a volunteer with A Greener Future, an organization that promotes environmental preservation with local communities. A graduate in environmental management, she leads a team of nearly a dozen volunteers that had collected some 30,000 cigarette butts in Uxbridge by late April.

Jasmine Mah, M.Sc. ’19, is a Web content developer with Omni Calculator, which makes apps including the Vaccine Queue Calculator that she co-developed in early 2021 to enable users to estimate their likely COVID-19 vaccination date based on various factors. At U of G, Mah studied plants in growth chambers and greenhouses in the School of Environmental Sciences. Among other projects early this year, she was developing a new calculator to help greenhouse growers gauge horticultural lighting.