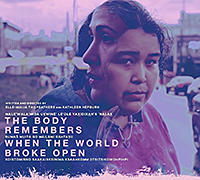 THE BODY REMEMBERS WHEN THE WORLD BROKE OPEN

Kathleen Hepburne, MFA ’12, co-wrote and co-directed the critically acclaimed and multiple award-winning film The Body Remembers When the World Broke Open with Elle-Maija Tailfeathers. The Toronto Film Critics Association gave the Indigenous story the 2019 Rogers Best Canadian Film Award, worth $100,000. Praised by critics across North America, the film was named one of the top 10 Canadian movies of 2019 and was named best Canadian film by the Vancouver Film Critics Circle. 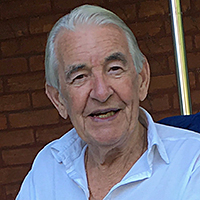 THE SYMMETRY OF THE TYGER

Eugene BensonIn his memoir The Symmetry of the Tyger, professor emeritus Eugene Benson, School of English and Theatre Studies, surveys 90 years of travel, adventure and engagement in Canadian culture. The book charts the author’s own adventures while working and travelling around the globe and recollections of his time at U of G. 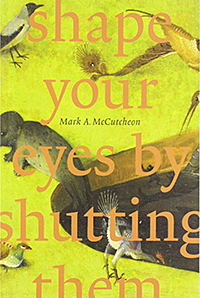 SHAPE YOUR EYES BY SHUTTING THEM

shape your eyes by shutting them bookMark McCutcheon, BA ’95, PhD ’06, a professor of literary studies at Athabasca University, has published his The latest books, arts and exhibitions by U of G faculty and alumni first book of poetry. Shape Your Eyes by Shutting Them was published by Athabasca University Press in 2019. Literary critic Di Brandt called the inventive collection a “romp through the surreal landscape of our times.”

BARNS – CLASSIC STRUCTURES FROM ACROSS THE LAND

Barns bookRoderick Hodgson, BA ’78, has written his 14th book. Barns – Classic Structures From Across the Land details the evolution, style and construction of the grand rural structures. Barns have been his passion for more than 40 years. 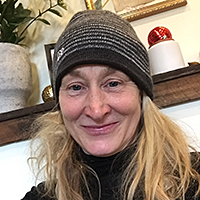 Karen HouleProf. Karen Houle, Department of Philosophy, was a Governor General Literary Awards finalist in the English poetry category for her latest poetry collection, The Grand River Watershed: A Folk Ecology. Publisher Gaspereau Press said the book presents southern Ontario’s Grand River as “a living system that is full of interconnection and meaning.”

UNSETTLED: THE ART OF REMAPPING A HISTORY OF ERASURE

Lauren SatokVisual artist Lauren Satok, BFA ’02, creates landscapes that explore the effect of colonization on the environment. Her exhibition Unsettled: The Art of Remapping a History of Erasure began in early 2020 at the Debajehmujig Creation Centre in Manitowaning, Ont. Originally from Toronto, Satok now lives on Manitoulin Island. “From a white or settler viewpoint, there is a need to deal with complicity and to share knowledge that can open more doors to equality,” she says. 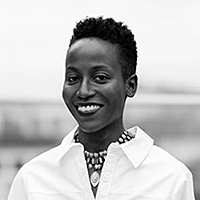 Simone DaltonSimone Dalton, MFA ’18, was selected as one of five writers for the RBC Taylor Prize for emerging writers mentorship program. She’s currently writing a memoir.