A University of Guelph education has launched a great many international careers, including a number of exciting – and sometimes harrowing – careers with the United Nations. 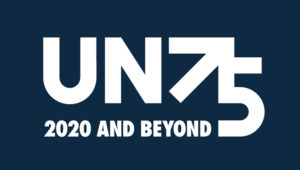 Our alumni have served as peacekeepers in strife-torn countries oppressed by dictatorships and as humanitarian aid workers thrust onto the front lines of natural disaster relief operations. They have been stationed in dozens of countries around the world – Afghanistan, Sudan, Venezuela, Indonesia, East Timor, Haiti. They have served in life-saving roles in refugee camps, as conduits through which society-changing technologies and programs have been introduced, and as trainers of police officers in countries on the verge of collapse.

As an official with the United Nations Development Program, Susan McDade had a hand in introducing renewable energy technology in China. At U of G, she found a passion for the developing world, a passion that drove a global 30- year career.

There are tens of millions of refugees in our world, many without official papers or identities. Darryl Huard works tirelessly to give them one. The mathematics and statistics skills that are indispensable in his vitally important work were learned at U of G.

From boyhood, John Remillard wanted to be a cop. He became one at a young age. When the United Nations gave Canadian police officers the opportunity to serve in peacekeeping missions, Remillard leapt at the opportunity. It changed his life.

Sheilagh Henry was introduced to world travel at a young age and has yearned for it throughout her life. Her work as a UN humanitarian aid worker placed her in the world’s most devastated disaster zones as a coordinator of relief efforts. She has had a hand in saving countless lives.

These are the stories of four U of G grads who went on to serve in the UN. In so doing, they have certainly lived up to the University’s motto to improve life.

On the 50-year line
Stars of the Screen & Stage
ONE WORLD, ONE HEALTH
Northern Lights
From U of G grads to Civic Citizens