The latest books, art and exhibitions by U of G faculty and alumni 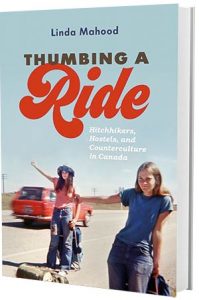 Thumbing a Ride: Hitchhikers, Hostels and Counterculture in Canada

Prof. Linda Mahood in U of G’s Department of History knows hitchhiking – not just from her research but also from her own teenaged experience.

This past summer, her book Thumbing a Ride: Hitchhikers, Hostels and Counterculture in Canada was published by UBC Press and explores the rise and fall of hitchhiking in Canada.

A Robert Cram sculpture titled The Hand-Off has been installed on Lang Way in front of Alumni Stadium and the new Pavilion on the U of G campus.

The metal sculpture depicting a quarterback handing off a football was commissioned by Stu Lang, a former Edmonton Eskimo in the CFL who coached the Guelph Gryphons football team for six years.

Lang and his wife, Kim, funded the new Pavilion at Alumni Stadium through their Angel Gabriel Foundation. 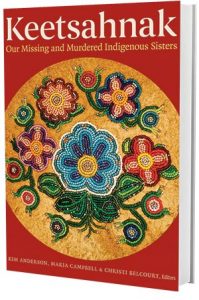 Métis writer Kim Anderson is one of three editors of Keetsahnak: Our Missing and Murdered Indigenous Sisters. The book’s 36 contributors examine the root causes of violence against women in an effort to create a new model of anti-violence.

Giant egg cartons covering a 24-metre-long wall are not such an unusual undertaking for visual artist James Carl. He’s the same artist who created a 635-kilogram replica of a rubber band.

Carl’s grand-scale installation oof occupies a grandiose space in Hamilton, New Jersey’s Grounds for Sculpture until the end of 2018.

A professor of studio art in U of G’s School of Fine Art and Music, Carl is known internationally for replicating mundane objects using materials like cardboard or marble.

Her volume follows the challenges of a 15-year-old girl after the accidental death of her father. Hogg, who lives in Sault Ste. Marie, Ont., graduated with a BA in 2003.

Jennifer Carvalho’s summer exhibition Night Thoughts at Toronto’s Georgia Scherman Projects received international press coverage. Moody and evocative depictions of forest interiors, Night Thoughts was written about in BLOUIN ARTINFO International, an art magazine and website based in New York City. Carvalho received her MFA in studio art at U of G in 2013.