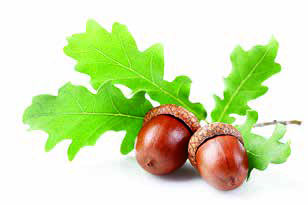 Two oak saplings planted at the University of Guelph have roots in a Great War conflict considered by many to mark a coming of age for Canada.

The trees are descended from a handful of acorns pocketed by a Canadian soldier after the Battle of Vimy Ridge in spring 1917. They were planted this year near War Memorial Hall — built in 1924 to commemorate students who enlisted and died in the First World War — and near the John McCrae Trail in U of G’s Arboretum named for the Guelph-born author of In Flanders Fields, written in 1915.

The trees connect U of G and other planting sites across the country with the three-day battle that saw Canadians capture a strategically important vantage point in northern France at a cost of nearly 11,000 Canadian casualties, including some 3,600 deaths.

The conflict marked the first time that all four Canadian divisions overseas fought together under a single command.

Lt. Col. Leslie Miller gathered the acorns in the days following the battle. He mailed them home to the family farm in Scarborough, Ont. After the war, Miller planted them on his own allotted spread, which he christened as Vimy Oaks Farm.