With its limestone clock tower and the spacious green out front, Johnston Hall has been a consistent symbol of the University of Guelph since its opening in 1932 – at least on the outside.

But inside, its corridors, rooms and spaces have changed and been rearranged over the years. The basement once housed a bar, a tuck shop and even a barbershop. Tenants have included U of G administrators, government broadcasters, war service officials and – then and now — students.

Constructed after the original Johnston Hall was demolished in 1928, the building has always doubled as a student residence. It also provided numerous student gathering spaces, such as the one in this photo.

We believe the photo was taken in a common area on the third floor of the centre portion of the building (note the spiral staircase that would have led to the fourth floor). The plaid carpeting hints at the 1970s, but we are not sure.

Can you date the photo? Do you see yourself in the shot? Recognize anyone? Bonus points if you can recall what this gathering was about or you can name the mystery bearded speaker. Send us a note and let us know! 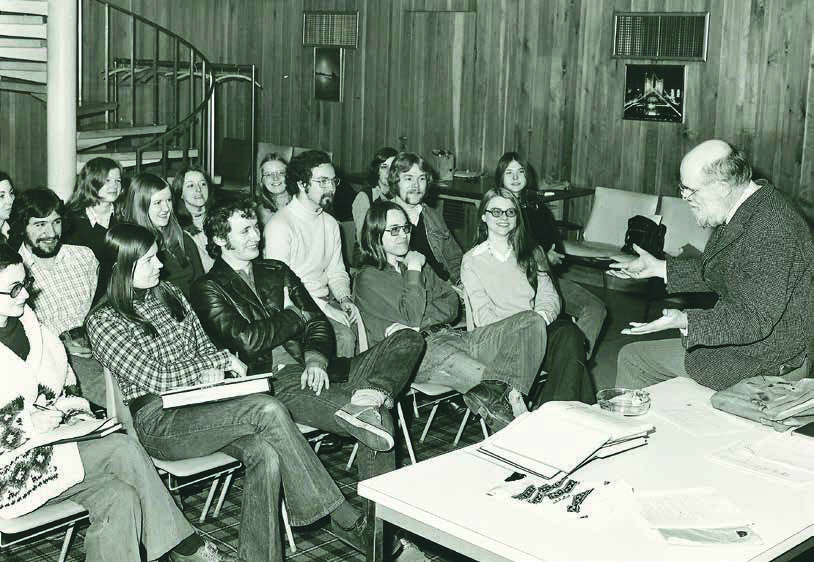