Strangers with the Same Dream 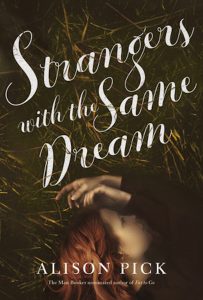 Strangers with the Same Dream is set in a fledgling kibbutz in 1921 Palestine. A small group of young Jewish pioneers are determined to bring a utopian ideal to life on a plot of land that, 25 years later, becomes part of the State of Israel.

Described as a story told with sensitivity, intelligence and beauty, the novel delves into the dark side of utopian longing, and has been hailed by critics as stunning and riveting.

Born in Toronto and raised in Kitchener, Pick received her BA in psychology from the University of Guelph in 1999. She completed a master’s degree in philosophy at Memorial University in Newfoundland.

Pick has also written two poetry collections. She teaches at Humber School of Writers and the Sage Hill Writing Experience.

Mr. Singh Among the Fugitives 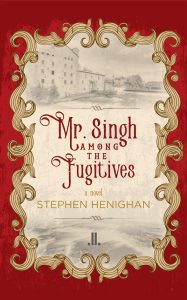 Prof. Stephen Henighan, a prolific writer and translator, had his second novel in six months published earlier this year.

Mr. Singh Among the Fugitives (Linda Leith Publishing) came out in the spring. The Path of the Jaguar (Thistledown Press) was published in late 2016.

Henighan has said in interviews that he began his latest novel as a short story, written in response to several Ontario publishers that praised his Path of the Jaguar manuscript but declined to publish it due to its satirical perspective on the literary establishment and multiculturalism.

Mr. Singh Among the Fugitives follows the ambitions of R.U. Singh, who is driven by a desire to live the life of an English country squire. He settles into a comfortable life as a small-town Ontario lawyer, but is accepted only at the whim of the establishment.

He has published five novels, three books of short stories and six works of non-fiction. He is a frequent contributor to numerous publications. 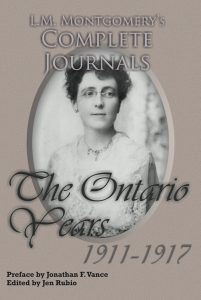 Lucy Maud Montgomery’s handwritten journals and major collections are a prized part of U of G’s McLaughlin Library archives. The fabled author of Anne of Green Gables, and many other books that follow heroine Anne Shirley, revealed a great deal about herself in the journals.

Professors emeritae Mary Rubio and Elizabeth Waterston began delving into the 10 journals more than three decades ago, and published abridged versions of them starting in 1985.

Those books proved popular, leading to the publication of unabridged volumes of the journals more recently by Oxford University Press. L.M. Montgomery’s Complete Journals include reproductions of Montgomery’s own photographs, as well as newspaper clippings, postcards and portraits of the author.

Since June 2016, three volumes covering Montgomery’s years in Ontario have come out, including two this year. Montgomery lived in Leaskdale, northeast of Toronto, as well as in Norval and Swansea, both also in Ontario. She died in 1942.

A Man of Letters. 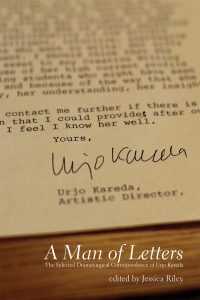 Unsolicited scripts sent to theatre companies can pile up. That wasn’t the case for the late Urjo Kareda, artistic director of Toronto’s Tarragon Theatre from 1982 to 2001, who was legendary for giving thorough notes to those script writers. In the process, Kareda has had a major influence on English-language theatre in Canada.

His correspondence with the individual playwrights who submitted those hundreds of scripts is the subject of a new book by Jessica Riley, who has a PhD in literary studies/theatre studies in English from the University of Guelph. She graduated in 2015.

A Man of Letters: The Selected Dramaturgical Correspondence of Urjo Kareda (Playwrights Canada Press) explores the values and preoccupations that drove Kareda to help playwrights. His frank and detailed letters, most of them rejections, helped shape the writing process for many playwrights.

Riley’s book makes public more than 300 of Kareda’s responses to and ongoing communications with playwrights, some relative unknowns, others celebrated.

Exploring the Capital: An Architectural Guide to the Ottawa-Gatineau Region. 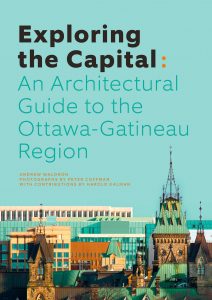 The Ottawa-Gatineau region is a place to walk through Canadian history. Andrew Waldron gives visitors to the nation’s capital a choice of a dozen historical walking tours in Exploring the Capital: An Architectural Guide to the Ottawa-Gatineau Region (Figure 1 Publishing).

With photographs by Peter Coffman, the book maps out routes for 400 historically or architecturally significant landmarks and neighbourhoods in and around Ottawa, including Parliament Hill, New Edinburgh, Old Ottawa South and Rideau Canal. 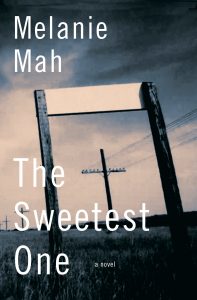 Melanie Mah, a graduate of U of G’s MFA in creative writing, won the 2017 Trillium Book Award for Fiction for her The Sweetest One. The debut novel, published by Cormorant Books, was based on her MFA thesis while at U of G.

The Sweetest One is the story of 17-year-old Chrysler Wong, and the paralyzing fear that grips her and her tragic Chinese-Canadian family living in small town Alberta. Mah was born in Rocky Mountain House, Alberta, and now lives in Toronto.

A curse is believed to hang over the family. The evidence is compelling: Three of Chrysler’s siblings met their end upon turning 18 and leaving home, while another has vanished.

The story’s central character fears everything – boys, love, sex, undercooked food, and, of course, leaving home. Will a similar end befall her that took the lives of her siblings, just as they set out to discover a life of their own?

The novel is based in part on Mah’s own life. The youngest child in a large family, she experienced the tragic loss of one of her siblings. That instilled the fear of a similar fate in her.

“None of us know exactly when we are going to die, but it could be tomorrow,” Mah said in a Trillium Book Award promotional video. “You have to live your life now, as if you wouldn’t be here soon.”

The Trillium Book Award recognizes the best work published by Ontario authors. Mah received a $20,000 prize for the win. She joins an illustrious group of authors who previously won the prize, including U of G Professor Emeritus Thomas King, Margaret Atwood, Timothy Findley and Anne Michaels.