Students write final exams in the main gym at the W.F. Mitchell Athletics Centre. Since the original gym opened in 1957, thousands of students have sat at long tables to write exams. In 2016, a new state-of-the-art athletics centre opened. Among its features are a student lounge, a climbing wall and an updated gym, which is still called into use as an exam location. Can you identify any of the people in this photo? Send us a note and let us know! 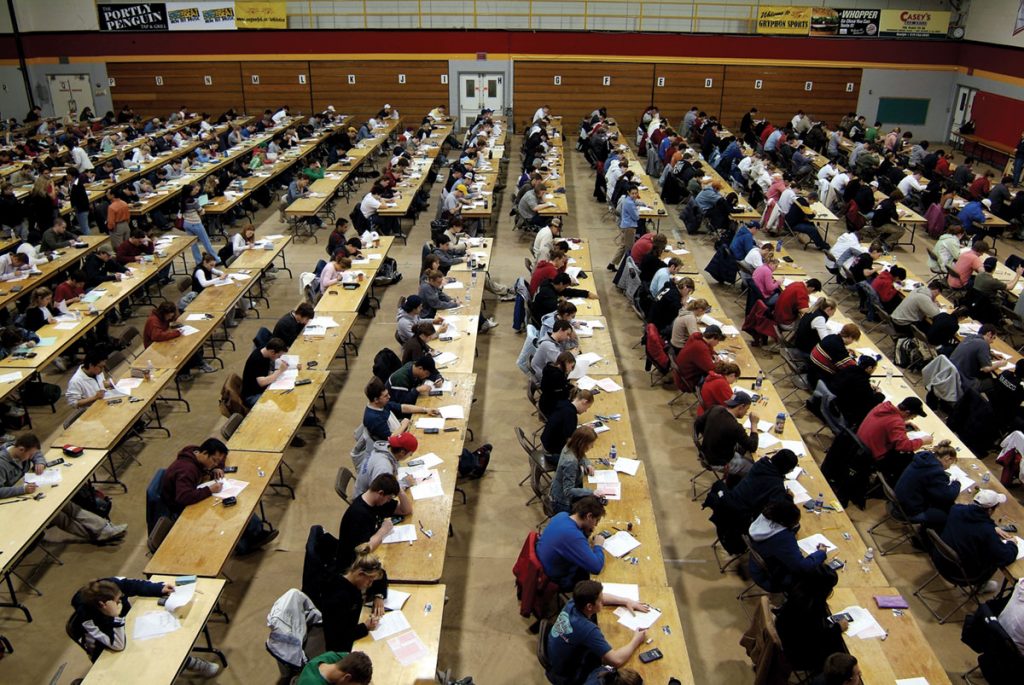