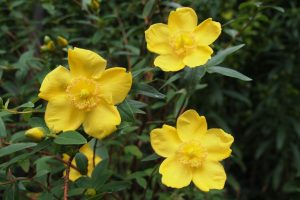 The tuberculosis (TB) vaccine hasn’t changed much since it was first used on humans almost a century ago, yet the disease is still prevalent in Canada’s aboriginal communities and in developing countries.

In Canada, the TB vaccine is recommended only for those who live or work in high-risk areas for TB transmission. The vaccine is only 51 per cent effective in preventing any type of TB infection, according to the Government of Canada’s Immunization Guide.

Monteiro is working on a new type of TB vaccine that uses a plant-based ingredient to trigger an immune response in the body.

Monteiro’s lab is best known for developing vaccines against gastro- intestinal bugs such as Clostridium difficile and Campylobacter jejuni, both of which cause diarrhea. Both vaccines use polysaccharides (long sugar molecules found on bacterial cell surfaces) to fire up the body’s immune system. Monteiro decided to use a similar approach with TB. The infectious lung disease is particularly dangerous for young children and people living with HIV/ AIDS. Cases of multidrug-resistant TB are on the rise, making the need for a new vaccine even more pressing.

The polysaccharides from the TB mycobacteria are being used as targets for the vaccine. When the body is exposed to TB mycobacteria, the immune system will be equipped with the specific antibodies to recognize the cell surface of the microorganism and respond immediately, says Monteiro, adding the vaccine is in the early stages of development.

“You can actually say vaccines can grow on trees,” he says. –SUSAN BUBAK

U of G innovation helping with PPE
Program to reduce childhood obesity has extended benefits
Selfless people have more sex
Novel project to detect COVID-19 in waste water
Training for a big race or personal best? Don’t overdo it