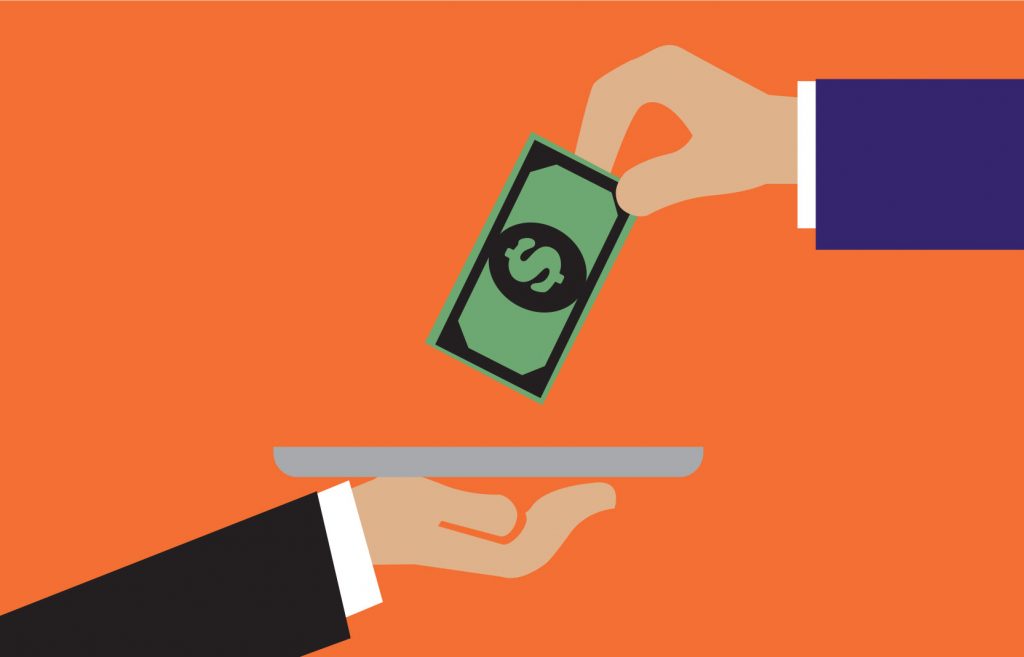 Tipping in restaurants is a widespread practice in need of reform, according to a new study by University of Guelph professors.

They found tipping poses significant challenges for restaurants, with managers seeing difficulties in hiring chefs and maintaining a cordial workplace environment. Surprisingly, servers welcomed changes to how tips are divvied up, even at the risk of less income.

Recently published in the Journal of Foodservice Business Research, the study includes interviews with nearly 100 managers and servers, and 160 online surveys.

“This may be the first study looking at how tipping affects restaurants; it creates many issues for them, the biggest one being inequity in pay,” says co-author Prof. Bruce McAdams, Department of Hospitality, Food and Tourism Management. “Servers are generally making twice what those in the kitchen do, leading to a talent drain there. There are not enough chefs.”

A few restaurants in North America have attempted to address this issue by eliminating tipping and paying set salaries to staff, some servers have resisted.

“The average server in our study earned $18 per hour in tips, plus minimum wage,” says McAdams. “That adds up to nearly $28 per hour, so you can see why servers would not want to eliminate tipping.”

The study found some servers even resisted promotion to management because they would take home less pay.

Tipping can cause problems for managers, including rivalries and poor service by servers focused on tips and competing for certain shifts or restaurant sections, says co-author Prof. Michael von Massow, Department of Food, Agricultural and Resource Economics.

The survey found nine out of 10 servers supported pooling a portion of tips. It also found most managers and servers believe tipping rewards those who provide good customer service.

“Some customers also feel tipping ensures they get good service. What has been found, though, is most people tip within a certain window, regardless of service,” says von Massow.