Beets are an often overlooked vegetable, but Allison Day, BA ’10, is trying to change that with her Yummy Beet food blog. Aside from beets, you’ll find almost every type of produce presented in a rainbow of colours along with “vegetable forward” recipes to prepare them yourself. 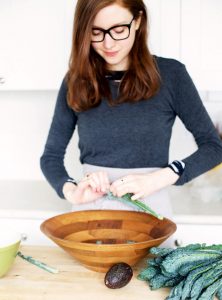 Now living in Hamilton, Ont., Day studied sociology at U of G and then completed a postgraduate program to become a registered holistic nutritionist, specializing in natural foods. “That inspired me to get in the kitchen and start experimenting,” she says. “I grew up in the country surrounded by farms and tons of produce, and that really inspired me to learn more about where my food came from and pay more attention to what I was eating.” She admits that beets aren’t her favourite vegetable, but decided to name her blog after them as a pun on a news beat.

When her younger sister was diagnosed with celiac disease and lactose intolerance, Day began experimenting with recipes that were gluten- and dairy-free. “It helped me understand there are people who can’t eat certain foods, and they still want to have foods that they enjoy and love,” she says. “It shows people with food allergies or intolerance that they can still eat really tasty food, and it doesn’t need to be expensive or from a box.” 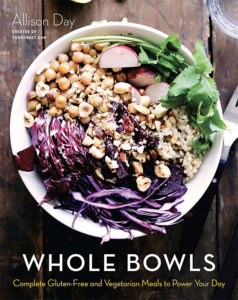 Aside from her blog, Day has published two cookbooks: Whole Bowls features gluten-free and vegetarian recipes; and Purely Pumpkin features recipes using the gourd in everything from pies to pizza. She is also a regular contributor to Food Network Canada and has appeared in numerous publications, including the New York Times, Chicago Tribune, Prevention and SHAPE. 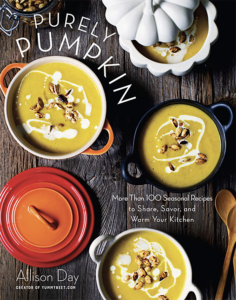 Preparation can make or break a vegetable dish, she says. Despite her background as a nutritionist, “it took me a long time to learn how to prepare things properly.” Roasting vegetables, she adds, brings out their flavour more than boiling or steaming them.

Seasonings, especially salt, are key ingredients in her recipes. “I use more salt than normal,” says Day. “I think salt is a good thing. It really brings out the natural sweetness and savouriness of vegetables.” She also uses acidic ingredients such as lemon, lime and vinegar to make flavours pop.

When she isn’t working on her own cookbooks, Day spends most of her time on her blog. She does her own food styling and photography, making each meal look like a work of art. She also works on sponsored content for various brands, which involves testing recipes, taking photos and promoting them on social media.

She says photographing inanimate objects like food can be challenging. “Setting the ‘scene’ for a shoot can take longer than the actual photography process,” says Day, who also photographed all the images in her cookbooks. “Styling dishes makes a mess. From start to finish, a photo shoot for one dish can take two hours before post-production.”

Presentation can make even the blandest foods look mouth-watering. People eat with their eyes first, she says, so she tries to make each photo “inviting and warm, so someone wants to reach into their screen or into the book and grab it.” –SUSAN BUBAK

On the job: long snapper Jake Reinhart plays one of the most specialized positions in football
On the job: taking the reins as one of Canada's top athletes
On the job: an office on the water
On the job: Making science fun for everyone