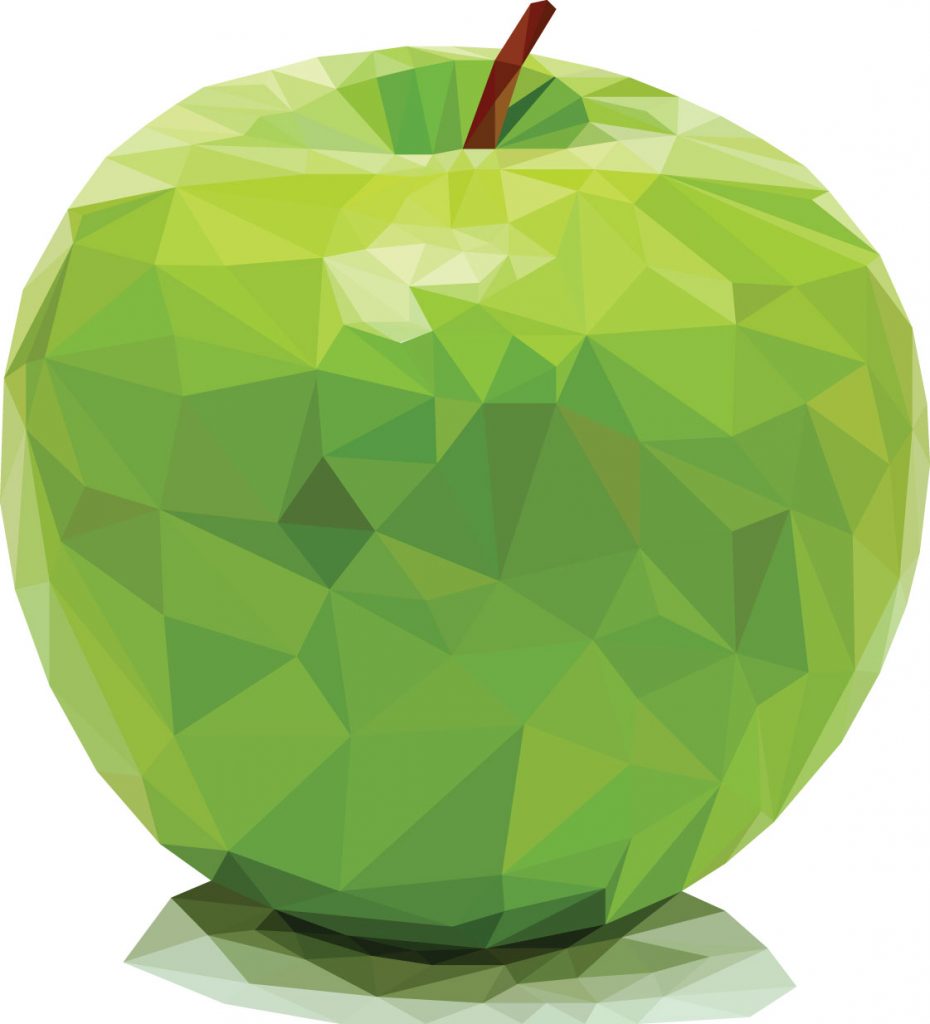 [dropcap]T[/dropcap]he next time you sit down for a meal, line up for takeout or cruise the aisles of your supermarket, consider this: You want safe, fresh food, but how much will you pay for it? You want affordable, abundant food, but what if you save money at the expense of the environment or your health?

Tackling these issues is the point of Food From Thought (FFT), a new $77-million project involving researchers at the University of Guelph. The seven-year project announced this fall will bring together more than 100 Guelph researchers along with various external partners. In the process, they’re addressing another paradox: how to produce enough food for a growing human population — predicted to reach nine billion people by mid-century — without ruining the Earth’s ecosystems in the process.

“We’re talking about changing the way we produce food in Canada,” says population medicine professor Jan Sargeant, one of 10 principal investigators in the project.

Feeding all of those people will require more food. But our efforts to grow more food increasingly threaten the very life supports — air, water, soil and biodiversity — that sustain our agri-food system.

“We want to sustain these ecosystem services while putting food on our plates,” says Malcolm Campbell, a professor and vice-president (research). He researches plant-environment interactions in the Department of Molecular and Cellular Biology and he’s the institutional lead for the Food From Thought project. “Those two challenges collide and create one super-challenge.”

Agriculture consumes water and mineral resources. Farming is our largest source of water pollution through runoff of fertilizers and pesticides. Livestock contributes to the rise of antibiotic-resistant bacteria that threaten the health of animals and people. Some 30 per cent of the world’s greenhouse gas emissions come from agriculture.

“Population growth and urbanization are pushing up our demand for food while climate change, volatile energy prices and water scarcity are going to make food harder and more expensive to produce,” says geography professor Evan Fraser, scientific director of Food From Thought. “Additionally, for all the good things that agriculture can do, we have to acknowledge that in many parts of the world, agriculture causes major environmental problems.”

Production is one side of the problem. The other side is consumers. We waste almost one-third of the food we make, and what food is not wasted is poorly shared. Parts of the world struggle with obesity, while others endure malnourishment and hunger. But the United Nations estimates that there are about 2,850 dietary calories available daily for every man, woman and child on the planet. “There’s more food available per capita today than at any point in human history,” says Fraser.

In this century, how we produce and distribute food — and what kinds of food we produce — will be a more important issue than simply producing more calories. What’s needed today, say FFT principals, is a “digital agricultural revolution” that will allow us to grow more and safer food on less land and with fewer inputs.

“The digital agricultural revolution will deliver the right amount of food at the right location for real-time management of individual plants and animals,” says Campbell. Precision agriculture will rely upon information technology and “big data” to produce food. Those information tools will serve as the brains in robotic milking systems; in drones and satellites that monitor soil moisture for irrigation requirements or optimum planting times; and in smartphone apps that allow farmers to identify insects in their fields to help predict and control pest infestations. Imagine self-driving tractors that automatically plant, fertilize and irrigate crops without wasting seed, nutrients or water.

Under Food From Thought, these tools will help researchers study food safety, sustainable food production and agriculture’s impact on biodiversity.

Food science professor Jeffrey Farber worked for Health Canada for about 25 years before joining Guelph in 2015, where he runs the Canadian Research Institute for Food Safety. He plans to research innovative technologies for reducing food-borne illness, particularly in low-moisture foods such as nuts, dried apples, dried strawberry and chocolate. 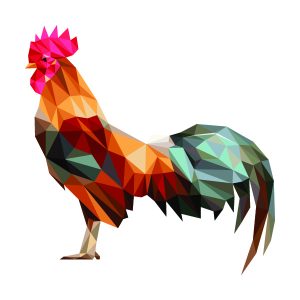 Farber says big data will allow researchers to look at varied problems. Imagine simulation systems that allow scientists to model how pathogens behave as they travel through the gastrointestinal tract and their effects on gut microbes. For consumers, that might lead to new products such as probiotics in food that nurture good gut bugs and help control the bad ones. On a larger scale, imagine being able to weave data about microbial pathogens with geographic information systems designed to capture weather and climate patterns. Farber says that kind of information could help predict food-borne disease outbreaks.

His work intersects with studies by Jan Sargeant, who has led Guelph’s Centre for Public Health and Zoonoses for eight years. Preventing the spread of disease from animals to humans will also be easier with better information systems, says Sargeant. She says integrating production information with data on disease spread will help predict and stem infectious disease outbreaks. “We can do more meaningful things to prevent disease outbreaks in animals, thereby improving animal health and welfare, and protecting human health.”

Big data can help make farming more efficient, allowing farmers to shrink agriculture’s environmental footprint. “Agriculture creates a leaky system,” says plant agriculture professor Clarence Swanton, who studies how plants compete and communicate to thwart pests and disease. Referring to excess use of nitrogen and phosphorus in fertilizers that feed algal blooms and dying water bodies, he says, “You can look at any watershed and see the impact of agriculture.”

By improving farm operations, those tools may help keep costs lower for both farmers and consumers. Ten years ago, Swanton bought 100 acres near Eramosa north of Guelph, where he now grows corn, wheat and soybeans. Swapping his weed scientist lab coat for his farming dungarees, he ponders the effects of this summer’s drought in southern Ontario. He harvested fewer soybeans than normal this year, and wonders whether he might have improved his harvest by finding a more drought-resistant soybean variety or a more targeted monitoring system to track field conditions.

Farming practices cause up to 270,000 square kilometres of the Earth’s land mass to be deforested or turned into desert every year. That has to stop, says integrative biology professor Paul Hebert: “Our need to feed humanity is despoiling vast amounts of land.” We also lose untold numbers of species that play a role in ecosystems and ultimately sustain human life.

Under the International Barcode of Life project, he and other researchers around the world intend to catalogue species in an effort to preserve organisms and ecosystems. DNA barcoding, a technology developed by Hebert, distinguishes species by reading a telltale snippet of their genetic material. Analysis and cataloguing takes place on campus at the Centre for Biodiversity Genomics within the Biodiversity Institute of Ontario. 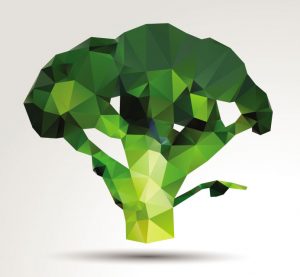 Beyond mapping biodiversity, DNA barcoding has proven useful in identifying mislabelled food items in restaurants and supermarkets; in regulating the cross-border movement of endangered species; and in enabling Canadian food exporters to demonstrate product authenticity. Hebert imagines new uses for barcoding on the farm of the future.

“By next summer we will deploy a DNA-based monitoring system across southern Ontario that will track shifts in the density of crop pests,” he says. Much like a network of weather stations collecting information about rainfall or temperature, this system will analyze insects from traps deployed in farm fields to alert farmers about emerging pest problems. Ultimately, he says, the technology will allow farmers to diagnose problems right in the field and apply pesticides only where and when they’re needed.

Far from pitting agriculture and biodiversity against each other, Food From Thought will bring together agricultural scientists and ecologists. It has to, says Swanton. “In agriculture, a less diverse system is easier to manage,” he says. “It’s a change of thought: How to make the system more diverse to enhance ecosystems and maintain agricultural production?”

Farming in one place can affect an ecosystem thousands of miles away, says Kevin McCann, an ecologist in the Department of Integrative Biology. Snow geese feed on grain grown in the southern United States, bulking up for their annual migration north to Canada. Plentiful farm crops mean more snow geese, which mean larger flocks arriving in Hudson Bay. The result: the Hudson Bay lowlands are decimated as explosive numbers of geese strip the landscape of vegetation. “This is a global issue, and needs people thinking from the local to the global scale,” he says. “Is there a sweet spot of production while preserving biodiversity?”

Campbell thinks there is, and that Food From Thought can help find it. He expects the initiative will yield ideas for increasing food production while protecting ecosystem services, supporting the agri-food economy and ensuring healthful food for consumers.

“To ensure food security, we must safely, sustainably and nutritiously feed the world’s growing population while protecting the world’s biodiversity,” he says. “The University of Guelph, and Canada, will lead the world in meeting this challenge.”