On July 8, 1917, renowned Canadian artist Tom Thomson, 39, disappeared during a canoe trip on Canoe Lake in Algonquin Park. His body was discovered eight days later. Today his death is still shrouded in mystery: was it an accident, suicide or murder? Where are his remains buried?

An instructor at the University of Guelph-Humber, Gregory Klages, BA ’94, MA ’02, has been studying the circumstances of Thomson’s death for 10 years and examines the evidence in a new book, The Many Deaths of Tom Thomson: Separating Fact from Fiction. On the eve of the centenary of Thomson’s death we talk to Klages about the painter’s demise. 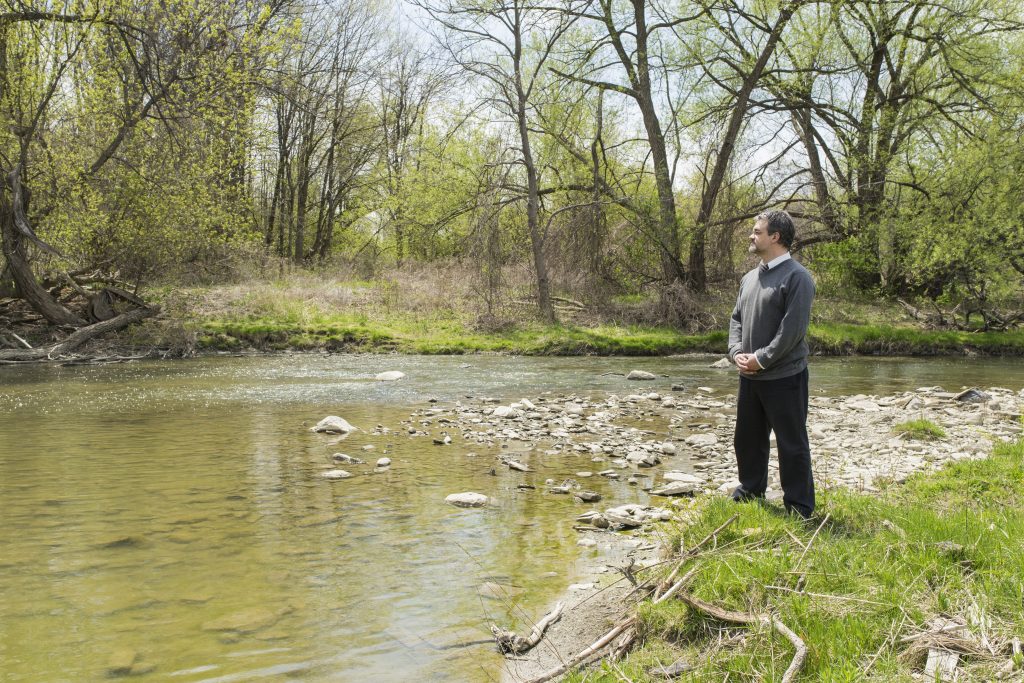 P: Why has this mystery captivated people for almost 100 years?

GK: Thomson died a tragic, mysterious death and the “facts” have never stabilized long enough to get boring. Human remains discovered decades after his death suggest an entirely alternate version of events from the original account. Eyewitness testimony changed repeatedly and new “witnesses” were still coming forward 60 years after the fact. It seems like the plot of a bestselling crime fiction.

P: Why is there so much controversy over Thomson’s burial place?

GK: Thomson’s body was buried in Algonquin Park the day after it was found. His family immediately had his remains exhumed and reburied near Owen Sound. Still, some believe his body was never moved. They claim remains found in the park in 1956 are Thomson’s, despite contrary findings by police forensic experts.

P: What kind of evidence do you look at in your book?

GK: I consider the abundant documents produced by Thomson, his friends and family before and after his death. I also closely consider materials produced by those who have investigated Thomson’s death over the last century to help understand how the story about his death has evolved.

P: What about forensics performed in 2010 that suggest the body in the grave at Canoe Lake – found with a hole in the skull – is indeed Tom Thomson?

GK: In The Many Deaths of Tom Thomson I explain how those findings are dubious. The forensics involved is quite subjective – it doesn’t involve anything nearly as authoritative as DNA, for example. Much of the argument for Thomson’s body remaining in the park is very difficult to reconcile with evidence from 1917.

P: What do you think happened?

GK: I will say this: I consider the most popular theories about how Thomson died – accident, murder, suicide – and offer a comprehensive review of the evidence related to the case. I also subject almost a century of speculation to rigorous analysis. The approach reveals deep flaws in some of the main theories — I hope as the book progresses, what happened to Thomson emerges as obvious. Of course, it will be up to readers to decide if they are as convinced.

How a one-crop farm attracts 40,000 visitors a year
How scientist Mike Dixon is using space technology to combat food scarcity on Earth
Why using improv to boost your business skills is no joke
Is Donald Trump's Twitter use changing how politicians communicate?