Inside the dining area of Creelman Hall before a $4.4-million facelift in 2013 to renovate the building’s dining and kitchen facilities, as well as exterior improvements such as new windows. Built in 1914, Creelman Hall’s marché-style dining concept was the first of its kind at a North American university. 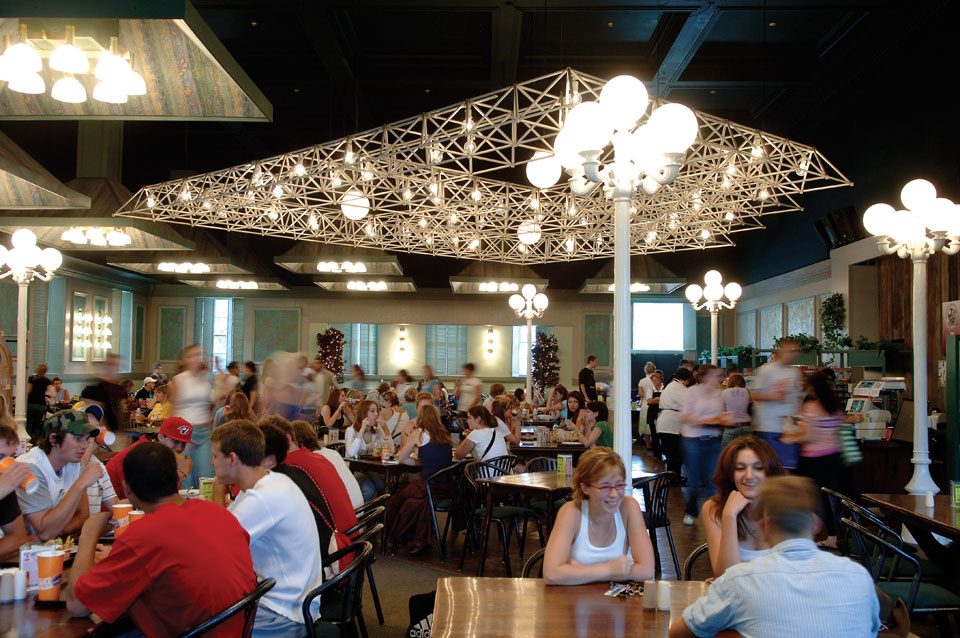 The women’s basketball team captured its first provincial title in 25 years by defeating the defending champions, the Ottawa Gee-Gees.

Phase 2 construction of the Summerlee Science Complex is underway.

Students set a national record by donating $22,000 from their meal plans to buy food for local charities through the Meal Exchange program.

Condoleezza Rice is sworn in as U.S. Secretary of State, becoming the first African American woman to hold the post.

Steve Fossett becomes the first person to fly an airplane around the world solo without any stops or refueling.

Do you have a memory to share from your time at U of G? Email a high-resolution photo to porticomagazine@uoguelph.ca and it could appear in Time Capsule.