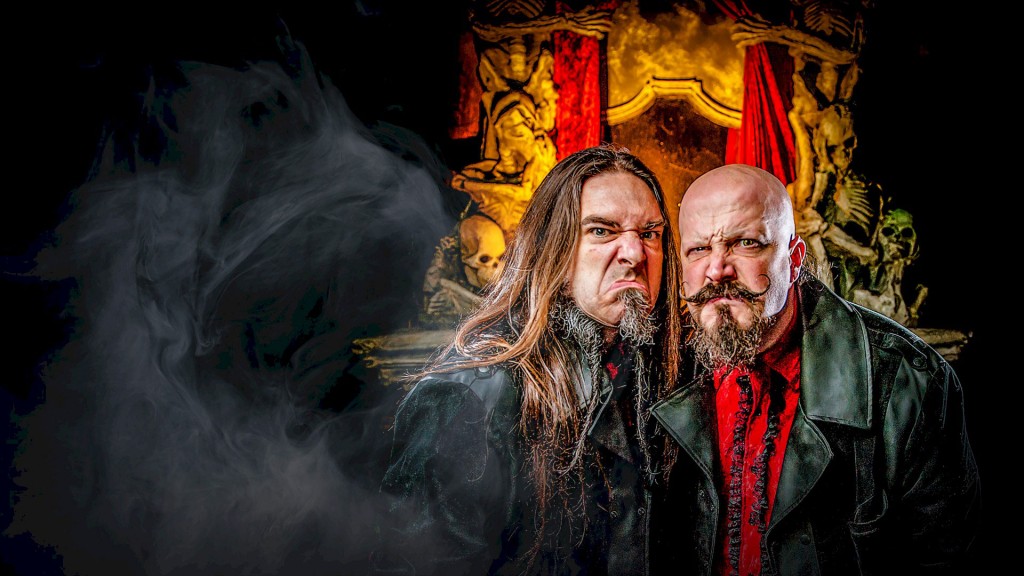 By day, Jason Thomas, B.Sc. ’00, M.Sc. ’02, is a full-time U of G physics professor. Off campus, his alter ego, Burnaby Q. Orbax, is one half of the Monsters of Schlock, a vaudevillian stunt show that also includes his twin brother, Sweet Pepper Klopek (a registered name).

In the fall, the duo broke their latest world record when Thomas lay on a bed of nails while 50 motorcyclists took turns jumping over his body. Seventy jumps were recorded in two minutes, shattering the previous record of 31 jumps.

The 2014 edition of Guinness World Records featured the duo six times, including the most baking trays buckled over the head (55) by a team of two. Other record-breakers include towing a 4,082-kilogram truck with two shark hooks in his back, and hammering the most four-inch-long nails in and out of his nasal cavity (13) in 30 seconds.

“They’ve all worked out well, no major problems,” says Thomas. “It all seems really dangerous to people, but it’s a level of danger we’re trained to do.”

For a physics instructor, there’s even something instructive about all the mayhem.

In a recent episode of the Discovery Channel’s Daily Planet, Thomas discusses how the linear drive shaft works in a giant tattoo machine, which he uses to inscribe a design on his brother’s thigh in 30 minutes.

You find physics principles everywhere, he says, whether it’s Orbax inserting hooks into his forearms to lift a 45-kilogram weight or Thomas explaining to a first-year class how a figure skater uses conservation of angular momentum to speed up or slow down during a spin.

“For a subject people consider boring, it explains so much about the world around them,” says Thomas.
– ANDREW VOWLES