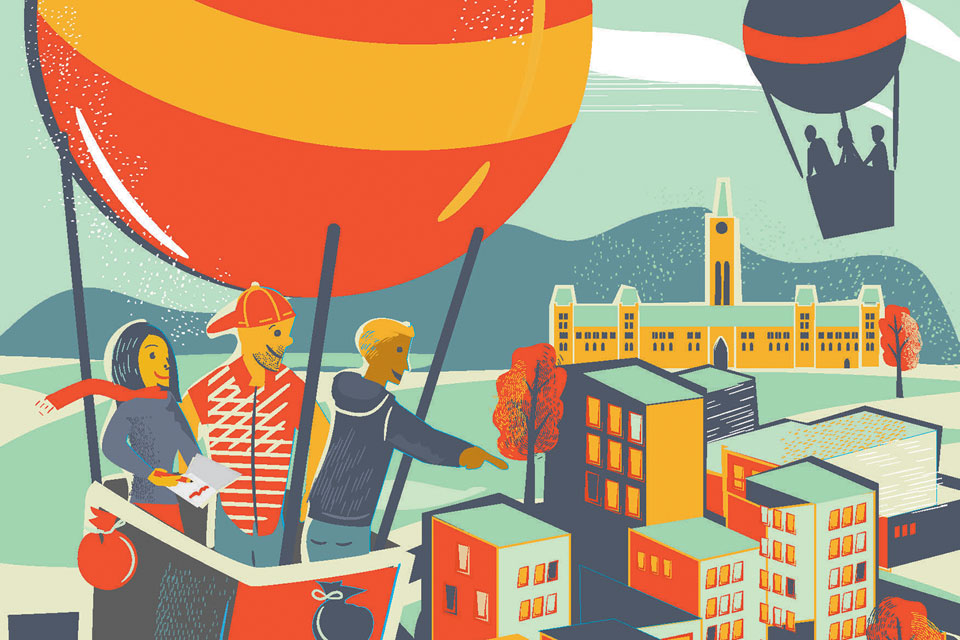 [dropcap]When[/dropcap] Kailey Morin looked into Guelph’s first-year seminar program as an undergrad, she wasn’t looking to change her life or career goals. She was initially attracted to the descriptions in the course calendar, including her ultimate class choice, “Rags Seldom Turn to Riches,” a seminar course on poverty
and income inequality.

“I wanted to get in because they’re such cool classes,” says Morin, who graduated in 2012. “They’re small with appealing topics.”

For Morin, that small class had big consequences. On a class trip, she visited Regent Park, a low-income Toronto neighbourhood with a high proportion of recent immigrants and refugees. Years later, that visit came up when Morin interviewed for a job with the Canadian Centre for Victims of Torture in Toronto.

“They asked what I knew about newcomer services and I told them I had an introductory insight into the challenges of Regent Park,” says Morin, who got the job as a community engagement coordinator. “I ended up working on a lot of projects in community development. I went full circle.”

[dropcap]Morin[/dropcap] is among numerous students and graduates who regard the U of G’s first-year seminar (FYS) program as a pivotal learning experience. From small class sizes to offbeat topics and academic skills, the seminars offer various benefits to students. They have also proven a boon to U of G instructors looking to broaden their teaching portfolio, and pursue interests and passions beyond their specialization.

The FYS program was launched in 2004 and attracted widespread interest for five years. After a two-year hiatus due to inadequate funding, a $2-million boost from the U of G Alumni Association and business executive Tye Burt, BA ’80, restored the program in 2011. Today, some 40 seminars are offered each year, taught by faculty, senior administrators and professional staff. Each course takes up to 18 incoming students, allowing for close engagement with the instructor.

“When you come into university, you expect a 700-person lecture hall,” says Morin. “It’s nice when you’re new to make friends in a small space like that.”

Elizabeth Jackson, community engagement officer with Guelph’s International Institute for Critical Studies in Improvisation, teaches “Reading Stories, Reading the World,” a seminar that links literacy and citizen engagement. She says small seminar classes enable the students and instructor to share their stories with each other, making learning personal. Valesca de Groot, a student in the class last fall, agrees.

“The small class stimulated more communication,” she says. “We talked about current issues in a way that’s not possible with 500 people. You can connect more with the teacher.”

Program director Jacqueline Murray says the seminar topics are intended to connect students with societal issues. Samuel Mosonyi, BA ’14, majored in both political science, and criminal justice and public policy. He learned about community service and engagement through a first-year seminar taught by Murray called “Politics, Science and Culture of Hunger.” Mosonyi and his classmates wrote a proposal to address food insecurity in Vancouver’s low-income Eastside neighbourhood that was evaluated by the director of the national Meal Exchange program.

“In first year, we were able to work on projects that contributed to the betterment of society,” says Mosonyi, who is now in law school. “It wasn’t until university that I really started to engage with community and take on a lot of leadership roles.”

Jolene Labbe, BAS ’14, completed the same class. Now a researcher at McGill University, she works in climate change adaptation with the Government of Nunavut. She handles a mix of environmental and cultural issues, including the impact of sea ice reduction and permafrost thaw on hunting and fishing, as well as roads and buildings.

“The only way we are going to tackle climate change is by bringing together science, social sciences, humanities,” says Labbe. Recalling the range of topics and perspectives brought to that first-year seminar, she says, “We have to look at these things in tandem. My everyday job is understanding science but also going beyond understanding science and what can we do to decrease these impacts.”

Murray says seminar topics are wide-ranging and often intentionally provocative. And any first-year student can take any seminar, regardless of discipline or degree program. That aspect makes Guelph’s program stand out from first-year offerings at other universities.

According to studies led by Murray, FYS students report greater skill development and carryover to other courses, especially in critical thinking and collaborative learning. Some also report spending up to five times as much time and effort on their FYS courses than on all others combined in a semester. Another study shows FYS students expand their research into a wider range of resources than students not enrolled in a seminar.

Instructors also benefit, says Murray. Many view an FYS course as a chance to explore course topics beyond their usual curriculum assignments. It’s also a place for experimenting with less conventional teaching methods and assignments. For example, instructors have assigned students to produce a radio documentary, devise a project with a community group and explain science to street youth. Teaching a first-year seminar can be a morale-booster for instructors, who report returning to their regular assignments with a sense of rejuvenation.

“It’s way too much fun,” says former chief librarian and chief information officer Mike Ridley of teaching in the program. Ridley has instructed several seminars, including “Twitter: #Profound or #Pretentious,” which required students to write essays composed strictly of tweets. “You can’t be in the back of the room and not be involved.”

Murray says teaching in the FYS program has impacted her own life. The history graduate says, the FYS topics she’s covered, including sex and gender, have made her more science-savvy.

“All educated citizens need to understand science to be good citizens, to know what decisions to make about in vitro fertilization, climate change or sending people to Mars,” she says. “I’ve found my inner science person, which I never knew existed. I can learn about science and understand, and be part of the discussion.”

With the opportunity for students to experiment with subject matter they might not cover in their chosen discipline, and for faculty to creatively offer introductory courses, FYS classes quickly fill up each semester. Murray would like to offer the program to more of Guelph’s incoming students — she’s sold on the learning benefits.

“I see students take one course and blossom,” says Murray. “They develop intellectually in a smaller group. You see them grow right before your eyes as people, learn who they are, change majors and find direction. That’s just an amazing thing to be part of.” 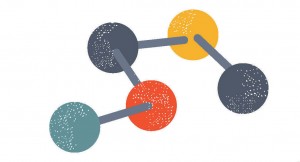 A closer look at a few FYS courses:

The #StationaryCrew
Students gain insight into culture and community by examining eight public artworks in Guelph, including campus icons the Begging Bear, Old Jeremiah (the painted cannon in Branion Plaza) and the Gryphon statue.

The Science of Wars
This seminar explores the impact the Star Wars films have on propelling current scientific research, pop culture, language and diction, artistic expression and morality.

Stupidity and Critical Thinking in the 21st Century
Students critique the concept of stupidity and explore its relationship with popular culture through diverse media such as YouTube, Twitter, movies, literature, etc.

I Fought the Law
Working collaboratively, students explore scenarios based on current legal dilemmas, and examine the histories, current tensions and possible resolutions of conflicts in such areas as child welfare, drug use, political activism, racial profiling and prisoners’ rights.

Sleep: 1/3 of Your Life Spent with Your Eyes Closed
Focusing on the art and science of sleep, topics include contributors to insomnia, circadian rhythms and biological clocks, dreams and nightmares, cultural determinants of sleep patterns, sleep disorders and sleep aids.