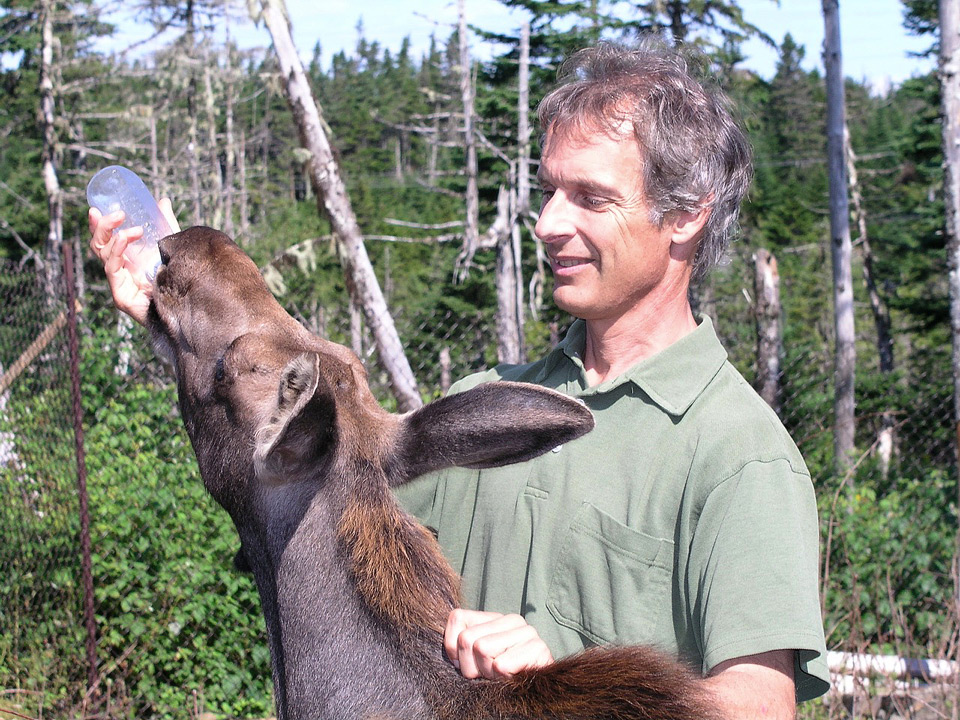 When veterinarian Andrew Peacock moved from Ontario to Newfoundland, it was to take a job caring for livestock. But when a whale needed his help, it became a highlight of his veterinary career and one of the hilarious and heartwarming stories in his book, Creatures of the Rock (Doubleday Canada, 2014).

The memoir, which won the Newfoundland and Labrador Book Award for Non-Fiction and was longlisted for the 2015 Stephen Leacock Medal for Humour, recounts Peacock’s experiences as the only veterinarian on a 200-km stretch of the island’s Avalon Peninsula. Divided into engaging short stories, the book also touches on his family life, including the challenges of fitting into a new community and starting a family.

After graduating from the Ontario Veterinary College in 1982, Peacock and his wife moved to Newfoundland with the intention of spending two years there — almost 30 years later, they still call the province home.

“It was something that went through my mind really from the first day when I saw the unusual practice I was in, that I wanted to write a book about it,” says Peacock, who is now retired from clinical practice.

His entertaining tales include helping to capture a polar bear in a bingo hall, performing a cesarean section on a cow in a blizzard, dealing with a hallucinating lynx and performing an EKG on a whale in the Atlantic Ocean.

“I wasn’t familiar with treating whales,” says Peacock of that particular adventure. “I had read a book about marine mammal diseases and spent time with whale researchers and fishermen.”

A common theme is the connection between people and animals, and a story about euthanizing a cat is among Peacock’s favourites, despite his wife’s request to exclude it because she thought it was too sad.

“It is quite a sad story but it seems to really touch people,” he says. “It’s a story about kids facing reality better than adults. I think a lot of people relate to that.”

Peacock is currently working on his second book and is enjoying his new literary career.

ALSO READ: Lucky Dog: How Being a Veterinarian Saved My Life (Anansi Press, 2014) by Sarah Boston, D.V.Sc. ’03. When veterinary surgical oncologist Sarah Boston suspects a growth in her neck is thyroid cancer — and then uses a portable ultrasound machine on herself to investigate — she begins a journey through the human health-care system and shares her perspective as an animal doctor along the way. Recalling poignant stories from her veterinary career, this funny and moving memoir teaches us how the human medical world can learn from the way we treat our beloved dogs.

Tackling concussions, head-on
Engineering an 80-calorie cooler
Bringing space technology down to Earth
Grad unsticks herself from corporate world
The Value of Play