Beginning in 1904 as a “meeting for conversation,” Conversat was a key social event for faculty, staff, students and friends of the university’s founding colleges.

The tradition was carried into the 1980s, and was revived in 2014 in celebration of the University of Guelph’s 50th anniversary. A large tent on Johnston Green hosted a reception and dinner for 800 guests, with other entertainment venues held at locations in and around the University Centre. Partygoers returned to the green for a champagne buffet and midnight fireworks. 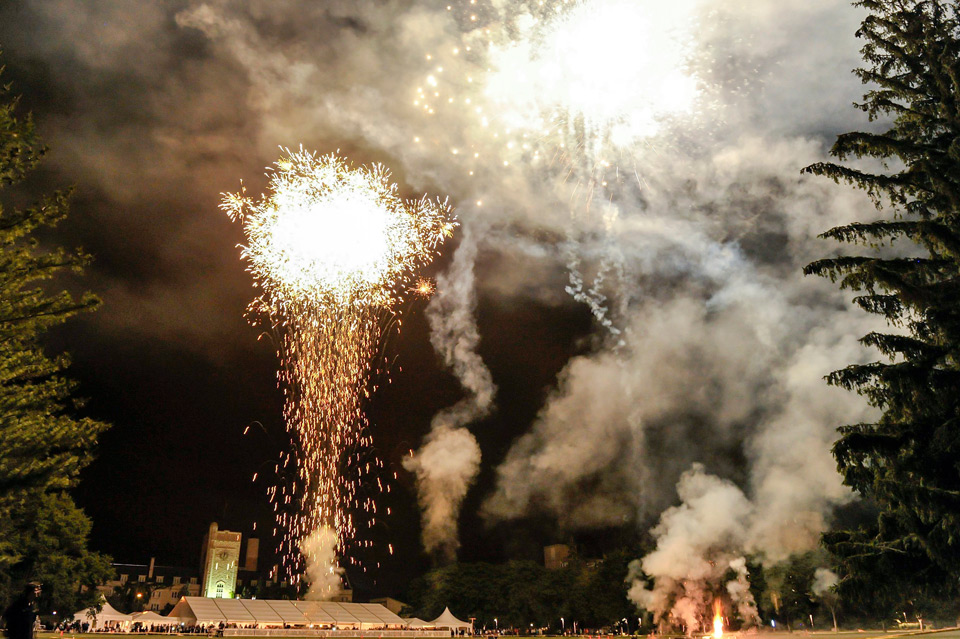 •    The Gryphon statue is unveiled at the entrance to campus.
•    U of G hosts 10 cheese-making experts from across Canada for the inaugural Canadian Cheese Awards.
•    Senate approves a study break day for the Tuesday following Thanksgiving Monday.
•    The Centre for Business and Student Enterprise (CBaSE) opens the Hub, a program for Guelph student and graduate entrepreneurs.

•    The Sochi Winter Olympic Games is the first held in Russia since the breakup of the Soviet Union in 1991.
•    Malaysia Airlines flight MH370 goes missing, resulting in the largest and most expensive search in aviation history.
•    Canada and other countries mark the 100th anniversary of the beginning of the First World War.
•    Jay Leno ends his stint on The Tonight Show.

Do you have a memory to share from your time at U of G? Email a high-resolution photo to porticomagazine@uoguelph.ca and it could appear in Time Capsule.